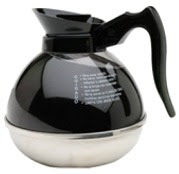 I decided that I should write a bit about coffee as I drink a lot of coffee and wanted to know a little bit more about it's health benefits and drawbacks. What I found was a little scary but also interesting on the good side.

First of all the good side of that morning cup of coffee. There are studies that have shown that coffee can protect against Parkinsons disease as well as Alzheimers, although I am not sure that hospitals are going to start hopping up old people on caffeine to test whether they will be able to remember any better. There is also a bit of research that shows that coffee and caffeine can help prevent Cirrhosis of the liver but also I am not sure if it is also a good idea to down a cup of coffee after a night of drinking just hoping that the coffee will help your already ailing liver. One of the big advantages as you can imagine is the boost to the central nervous system, some bodybuilders will drink strong coffee before a workout to improve their strength and endurance during the workout.

Now for the bad news. There is some research as well on the bad side. Coffee can cause irritable Bowel Syndrome as well as heartburn and in the long term has been linked to Osteoporosis. We know the short term downside of course, shakiness, concentration problems and and an elevated chance of a heart attack. One of the things that drives me really crazy about coffee is the caffeine crash. I can feel a little bit like a junkie in the morning drinking a couple cups of coffee and after the energy drop an hour or so later I am looking for sugar or more coffee to try to get me going again.

One of the big problems with many people is that they replace a good breakfast with a couple of cups of coffee and this means that in addition to having the elevated heart rate they are also living with a far less healthy diet than the non caffeinated people around them.

The Canadian government advises that people should not have more than 450 milligrams of caffeine a day which is roughly three 8 ounce cups a day also the equivalent of about 10 cans of pop. Energy drinks are no better but a Red Bull is going to have the caffeine equivalent of about two cups of coffee and if they were any cheaper I know I could personally put away three or four a day, good thing I'm cheap and won't pay the money for them.

There are good reasons as we see to getting unhooked from the coffee habit but it can be very difficult. The first morning or two after you stop drinking coffee you will have headaches and be very dragged out energy-wise. The best way to combat these problems is to drink lots of water (eight glasses a day) throughout the day to try to hydrate yourself and also to keep moving around if possible. If you can increase you exercise you will have less of these bad withdrawal symptoms and before long you will find that you have more energy than you had before when you were over caffeinated.

As an avid coffee drinker (i'm actually drinking an extra large toffee almond coffee from dunkin donuts as I type), I found your post interesting.

I had stopped drinking as much coffee when i went away to school (isn't that backwards?) but now that i'm back at home i drink it every single morning.

So given a choice between being absolutely healthy and having my delicious cup of coffee everyday, I have to choose the latter...at least for now.

Furious and I really, really love coffee. We drink an average of 2-3 cups a day so I really found this post interesting. However, for the past week I tried cutting back because our company doctor advised me that there are some setbacks with drinking too much coffee. Now I've switched to drinking milk tea (Lipton's) and I'm telling you it's a different kind of addiction. Maybe you can try it too sometime. :)

i do as well,i drink milk and mix it with lipton tea and its just so good,have u tried nai cha from chowking? taste like that,nai cha is just a bit sweeter,stay fit and healthy F&F,take care :)

Just swing in to say hello.
Hope you have a nice weekend.

Thanks molly!
May you have a great weekend too :)