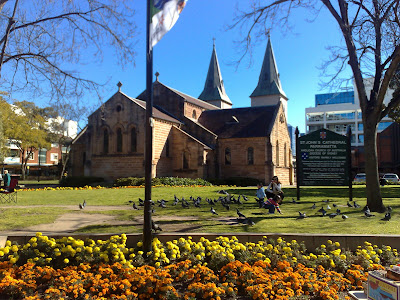 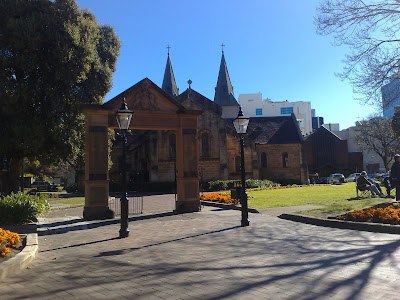 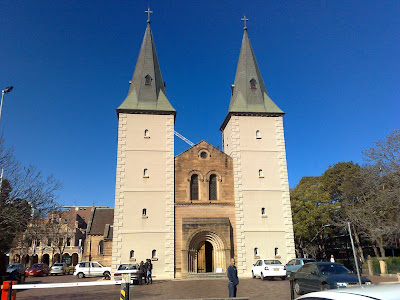 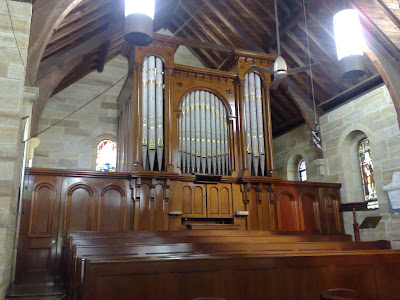 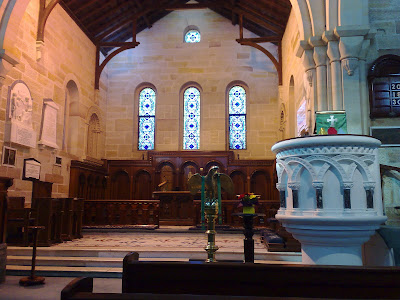 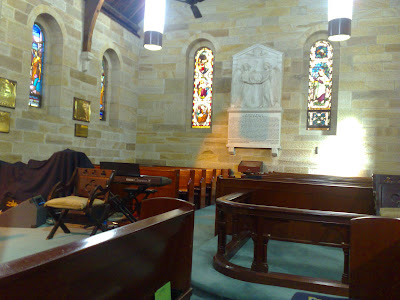 Here's a little research about Anglicanism..

The term Anglican is used to describe a broad array of religious traditions which all trace their roots back to the creation of a distinctive English Church under the leadership of King Henry VIII during hte Protestant Reformation. The word Anglicanus is Latin for "English" and its use first appeared in John Jewel's Apology for the Anglican Church (1562).

Today the "Anglican Communion" is a worldwide fellowship of churches in many different countries which stem from the original Church of England. As a result, the regions where Anglican churches dominate corresponds largely with those regions that Britain has at one time dominated politically. All of these churches, organized and administered on a national level, are formally independent from one another. The Church of Ireland, the Church in Wales, and the Anglican Church in Australia are not in any way ruled by the Church of England. Technically, then, it would be incorrect to speak of "the" Anglican Church; instead, it would be more accurate to speak of "the Anglican Communion," all of the national churches around the world that consider themselves to be "in communion with" the Church of England.

The Archbishop of Canterbury may appear to fill a role similar to that of the pope in Roman Catholicism, but that is not accurate. Whereas Roman Catholic churches are required to follow directives which come from the pope and the Vatican, within the Anglican Communion individual churches follow the same practices based upon consensus. The Archbishop of Canterbury is thus a spiritual leader for Anglicans who must use persuasion to get others to agree, not commands.

Anglican Christianity is in many ways very close to Roman Catholic Christianity, having retained a number of basic medieval practices, an episcopal polity, and various theological beliefs. This is because the split between the English Church and the Roman Catholic Church was due not so much to theological disagreements, as was the case with other Reformation movements in Europe, but rather because of personal and political disagreements between King Henry VIII and Pope Clement VII. Thus, it is not surprising that so much of what characterized Roman Catholicism of the time has survived in Anglicanism today.

On the other hand, it decisively broke from Roman Catholicism in that it placed itself under the direct control of the English monarch rather than the pope. The strong similarities have led to many Anglican priests and bishops converting to Roman Catholicism over the years because they have felt more comfortable with Roman Catholic traditions. There have also been many attempts to increase the number of Catholic customs and practices within Anglicanism - for example the Oxford Movement during the early 19th century.

Anglicanism as we know it today was shaped to a large extent by the efforts of Queen Elizabeth I. She was faced with a difficult situation in that many members of the Anglican Church wanted to return to the fold of Roman Catholicism while others, heavily influenced by Protestant theologians, wanted to "purify" the Anglican Church of all Catholic influences (hence the name Puritans). Elizabeth was not in favor of either, wanting instead to continue supporting a distinctly English Church.

Her choice then was to find a "middle way," via media, that emphasized the use of The Book of Common Prayer as a unifying influence on all Anglican churches. The goal was to structure the Book with a combination of Biblical teachings, religious traditions, and even modern philosophical and religious ideas, in order to produce a relatively flexible theological context that remained true to Christian traditions while also being uniquely English. In effect, the Book was designed to be as vague as possible and include as much as possible in order to please as many people as possible. This, then, was what became known as the Elizabethan Settlement.
Posted by EMCEE at 8/14/2008 11:18:00 PM