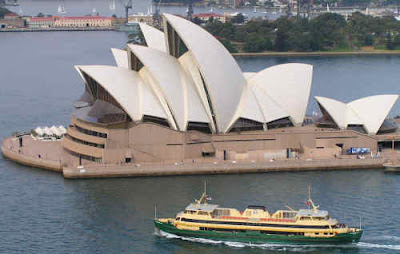 The Sydney Opera House, situated on Sydney Harbour at Bennelong Point, is considered by many to be one of the wonders of the modern world.

Designed by Jørn Utzon and constructed under some controversy, it was opened in October 1973.

The Opera House is one of Sydney's most popular icons with tourists and travellers from the world over visiting, photographing and standing in awe of the cultural centre of Sydney.
Posted by EMCEE at 6/14/2008 06:22:00 PM