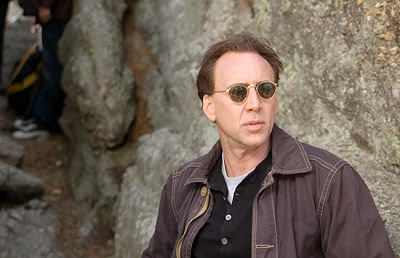 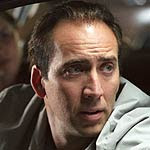 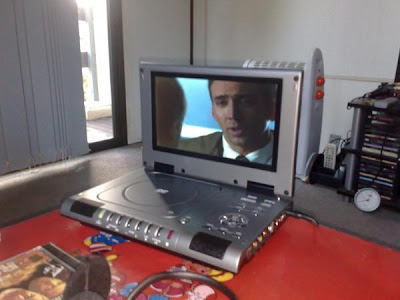 Obviously he is my Favorite Hollywood Actor, i really adore the guy, i even watched most of his film and Con Air has been on the top of my list, here's a peek on Nicolas Cage for those who love him as well....

Saturn Films
In 1999, he started his own Production Company called Saturn Films. Saturn was born out of the desire to create films that actors want to do. Initially, Cage was partnered with long time assistant, Jeff Levine, now Norm Golightly has the helm, as Vice President of creative affairs
Source

Married To: Alice Kim Cage
Nicolas and Alice met in February, 2004 at a Los Angeles restaurant where she was his waitress. They became engaged in April, 2004. July 30, 2004 at a private ceremony at a northern California ranch they where married.

Born Nicholas Kim Coppola in Long Beach, California on the 7th of January, 1964, young Nic had a heavyweight name to live up to. Both his parents were successes in themselves - his father, August, was a professor in comparative literature at Cal State, Long Beach (later the Dean of Creative Arts at San Francisco State University) and his mother, Joy Vogelsang was a renowned dancer and choreographer. Yet the family contained bigger names still. Nic's aunt was Talia Shire, star of the Rocky movies and subject of Stallone's final, triumphant bellow of "Adrian! Adrian!" while his uncle was no less than Francis Ford Coppola, deified director of The Godfather and Apocalypse Now. Tough to top achievements like that.

Nicolas Cage and Alice Kim
The Leaving Las Vegas star, 41, met his current wife, 20, at a Los Angeles restaurant where she was his waitress. The pair started dating and married just five months later. His wife, Alice Kim Cage, gave birth to a boy, Kal-el Coppola Cage, in New York City, on October 3, 2005

# Star on the Walk of Fame Nicolas Cage unveiled his star at 7021 Hollywood Blvd. in front of the Galaxy Theatre. July 31, 1998

Nicolas Cage: The owner of dozens of cars, Cage’s first purchase was a yellow Triumph Spitfire he bought for $2,000. Obtained before he could legally drive, Cage would sit in the parked car in his driveway and pretend he was on his way to the beach. Once he could drive it, the car broke down every other week, so Cage sold it. Last year, he ran into the man who bought it all those years ago. Cage purchased the car back and is currently having it restored.

Cage no doubt owes part of his success to his legendary work ethic and craft; he goes all out in preparing for roles, from undergoing a tooth extraction without novocaine for Birdy (1984) to learning the mandolin for Captain Corellis Mandolin (2001).